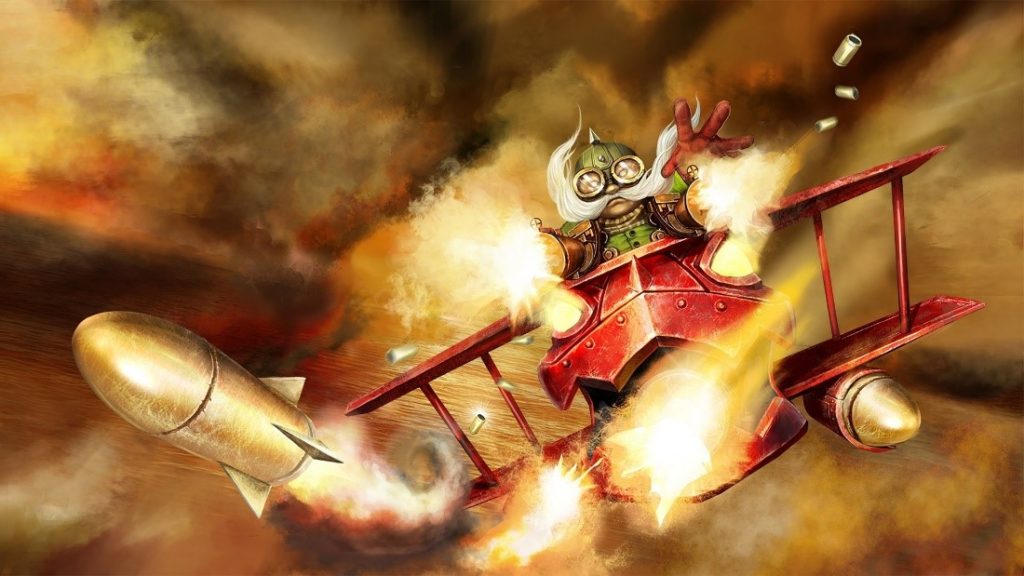 Corki is one of League of Legend’s oldest Champions, having been released in the game’s beta back in September of 2009! The design of the champion is quite simple, but quite quirky in its own right (perhaps the inspiration for the name). Corki is The Daring Bombardier that travels around Valoran in his Reconnaissance Operations Front Line Copter (aka ROFL Copter), performing aerial acrobatics for onlookers below. With Corki’s design mirroring that of a daring aviation enthusiast that lives for the skies, it’s only fitting that one of his earliest skin releases is Red Baron Corki.

Red Baron Corki was released on March 24th, 2010 at a cost of 1820 RP. At first, this price may seem steep, but as many owners will express, its well worth the money and very pleasant to play. Part of the reason for the price is the lack of availability. Unlike most skins in League of Legends, Red Baron Corki is a Legacy skin. A Legacy skin is a rare skin that isn’t normally available for purchase in the League of Legends’ client store. Occasionally, during special events the skins will become available for purchase, but otherwise, players can only hope to claim these skins through Mystery Gifting with friends or Hextech Crafting! As such, all the League of Legends accounts with this skin either show their age with this skin or simply show how lucky they are for getting it from a Hextech Chest!

In terms of the differences between this Legacy skin and Corki’s other purchasable skins, the majority lie in the model’s coloration and look, rather than animations or sounds. The model has Corki in a brand-new Red Baron biplane copter! Unfortunately, with this skin being an older skin, there isn’t any unique particles, animations, or sounds. However, the change of the Model and the loading screen Splash Art are what make this skin so beloved. As the game continues to age past a decade, this skin and its Splash Art is a reminder of what League of Legends used to be and how far it has come. Is one of League of Legends’ historic pieces that remind people of the nostalgia of League of Legends’ early days.
Since this piece is from the early days of League of Legends, it’s not part of a skin line and is completely a skin of its own. The only skin relatively similar in theme is 2011’s Baron Von Veigar that is also a Legacy skin. Thus, Red Baron Corki is not meant to be purchased as a part of a collection, but instead to be appreciated for its individuality that encompasses what Corki is meant to bring to League of Legends, and what League of Legends used to be.

The Meaning Behind Red Baron Corki 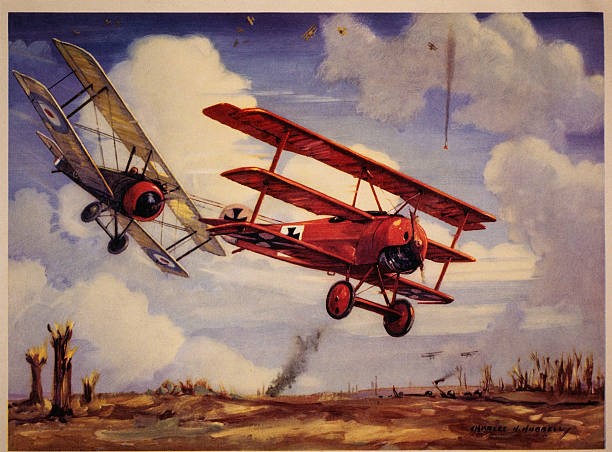 Why is Red Baron meaningful?

The Red Baron was a name attributed to the deadliest German fighter pilot in World War I. This name was chosen because of the pilot’s purposefully blood-colored plane that he would pilot over Europe. With such an identifiable plane and famous story, its no wonder this icon went down in history as the representation of a world-class flying ace!

Why does Corki have the Red Baron Skin?

Of course, Corki is the fighter pilot of League of Legends so the idea for a Red Baron skin fits Corki perfectly and flexes Corki’s in-game power as soon as his beautiful red plane arrives on screen!