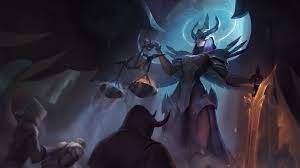 As many big League of Legends fans will know, Kayle was one of the original Champions available when the game first came out back on February 21st, 2009! To Valoran, she is The Righteous, the one responsible for bringing justice to those that try to break the rules and put themselves before others. Her duties became too difficult to bear as she had to constantly punish the unjust of Demacia that she abandoned the realm completely. Supposedly, Demacians still fear the return of Kayle as with her return comes Judgement Day! As such, Judgement Kayle is the perfect skin to create for her!

Judgement Kayle was released on August 23rd, 2011 as a paladin/judgement-day-inspired skin. Due to the circumstances of its release, the skin did not actually cost any RP to obtain. To this day, this skin cannot be purchased, making it a very rare piece to have in your collection if you are so lucky!

In terms of the differences between this Legacy skin and Kayle’s other purchasable skins, the main difference lies in the change of colour and model. Unlike all Kayle’s other skins, Judgement Kayle does not wear armor and instead wears clothing. To pair, this skin also has wings that match the dark-paladin aesthetic of a dark blue (almost black) colouring. Unfortunately, this skin does not have any new particles, animations, or ability sounds, but is still beautiful, nonetheless. The updated splash art for this skin is recognizable for what looks like her arrival from another realm to commence Judgement Day on all the unjust living below. Kayle clearly is inspired by the Goddess Justitia in this skin (as well as her entire kit) because she wields the sword, the balance, and instead of being blindfolded, she wears a helmet that clearly blocks her sight. As the skin is incredibly special, it is not part of any skin line or theme of skins. Not only is this skin incredibly special for its thematic meaning and artistic design, but players can only own this skin if they played ten or more games back in Season 1! There were not nearly as many players back then as there are now, so if you or someone you know has this skin, it’s an easy way to tell that they have been around for a while!

The Meaning Behind The Skin 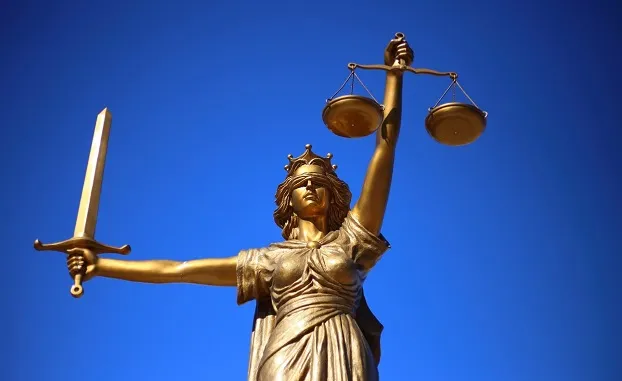 Why is Judgement Kayle Meaningful?

This skin is clearly inspired by both the Goddess Justitia, as well as the concept of Judgement Day’s arrival. Not only does she wield the same items as the Goddess of Justice, but in Kayle’s lore she leaves the realm where Demacians can only speak of the tales from generations ago of Kayle’s violent punishment to seek justice and fear her return where they will then be judged!

Why Does Kayle Have This Skin?

Kayle works with this skin concept perfectly because she is The Righteous and seeks justice in Demacia. She truly acts as the judge of morality and has the power to punish those that lack it.